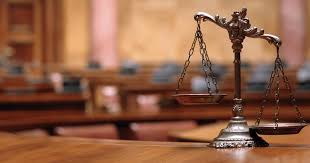 Every client that walks into any of our offices deserves to be well prepared, receive individual attention, and join us afterwards as we all join together in celebrating success!

Israel B. Garcia, Jr., provides an aggressive defense for the wrongfully accused. In this case, Israel had an abusive and powerful boyfriend using the legal system against a woman he dated for over 15 years. The attorney, Rogelio Garcia was married throughout the relationship to someone else. The victim in this case was Mariann.

The attorney went to the local Justice of the Peace’s office in the neighborhood and attempted to “set” Marianne up so that she could later be charged. Marianne was in fact arrested and charged.

Once the prosecutor reviewed photographs and hundred’s of text messages sent after the arrest, this was enough to convince the State of Texas to drop all charges against Mariann.

The attorney forgot about the threatening texts, e mails, photo’s and other offensive communication.

The attorney naively believed that this information would not come out.

It took some convincing and legal maneuvering but eventually the case was dismissed.

These kinds of cases occur everyday in the state of Texas.

A regular lawyer would not know what to look for, what questions to ask.

Israel is dedicated to improving our justice system and holding lying accusers accountable.